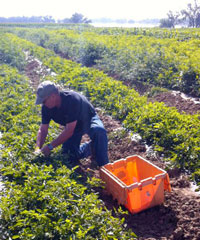 In 2002, Tom “Chef” Stoner left Hawaii and moved to Fort Collins to pursue his dream: to open the best soup restaurant in the world.

He had some training to back him up, too. Tom worked at his grandfather’s banquet hall and catering business from a young age. He then trained with the Culinary Institute of America, and perfected his craft in some of the country’s finest five-star hotels and resorts. Tom, along with his wife, Renee, then founded their own restaurants across the country. Spoons, Soup, Salad & Sandwiches was the pinnacle, the combination of everything he had learned along the way. His passion and heart.

The first Spoons opened in the Northern Hotel in Old Town 2003. Back then, it was all soup and salad.

“We wanted to do soup better than anywhere else, anywhere,” Tom says.

And he did. Spoons was met with such overwhelming response that within six months, Spoons opened a second branch, at Campus West. Several years later, in response to the community’s continued demand, Spoons opened its campus location, and in 2010, a fourth restaurant on Harmony. 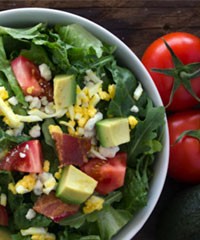 As an ever-creative chef with ears open to customers’ requests, Spoons has evolved over the years. The menu is never the same; it changes daily. It now also includes salads and sandwiches, including a robust offering of gluten-free and vegetarian offerings.

A local connection is key to Spoons’ exceptional flavor, as well as health. Ingredients come from local farmers. Bread is baked fresh daily in house.

Part of the community connection is also keeping the healthy food accessible to all. Spoons believes you should not have to choose between health and wealth. Everyone should be able to afford healthy, delicious food, and Tom made it a priority to keep the price point low by cutting out unnecessary frills and gimmicks. The food speaks for itself, and that’s what keeps people coming back — many of them daily!

Tom’s culinary talents are the creative catalyst for the variety and quality of the Spoons menu. However, Tom is quick to point out that the key ingredient of Spoons is its service team. Anticipating the needs of guests, creating a warm environment and serving from a genuine desire to please are what gives Spoons its true lasting flavor.