Everyone has a story about soup. From family traditions to favorite comfort foods. Check back all month as we celebrate the stories behind the soup and share our love for soup with you!

Click here to let us know your favorite soup story and we'll add you to our month of celebration!

Store Leader Hannah Kennedy’s love for soup was born in the cold.

“Growing up, soup was a staple in our home. Being from Minnesota, winters can get really cold and nothing warms you up like a big bowl of soup. We had everything from chili to stew but as a kid my hands-down favorite was Minnesota Chicken Wild Rice soup. I would always request it on a cold day and my mom would make it in the crockpot; we would savor the smell it all day and enjoy it for supper that night! As an adult it was something I had to learn to make and I still love having some on a cold day. While my Mom’s will always be my favorite, Spoons’ Minnesota Chicken Wild Rice is a close second so I’m always excited to see it on the menu!”

General Manager Tonya Nicodemus revisits cherished memories every time we have this classic.

“I’ve grown extremely fond of soup while working at Spoons. Our French Onion Soup is one of my absolute favorites, not to mention it brings back wonderful memories of going out with my Mom and Grandma. Wherever we went, they would always have to order it. Now I get to take a trip down memory lane every time we have it on a menu (but Spoons’ is better than any I ever remember having!)”

General Manager Hannah LeMoine shares a hilarious childhood memory of her and her siblings.

“One of my favorite meals on a rainy day is the classic tomato soup and grilled cheese pairing! Now of course, any moment left alone with my siblings during lunch when we were young surely meant shenanigans with my older brother. One day, while enjoying a nice bowl of tomato soup and a toasty grilled cheese, my brother thought it would be funny to lap up his tomato soup from his bowl like a dog. I thought this was hilarious of course, and then I had an even funnier idea. While he was “lapping” up his soup, I reached over the table and pushed his face in the bowl! Needless to say my older sister and myself were in hysterics, but my brother was less than pleased at the time. Now we look back and laugh about it. Good memories with family, all connected by a hot bowl of soup.”

Store Leader Gabby Mainelli recalls why soup is a staple in every family.

“Soup can be the best comfort food for anyone. I grew up with my mom always making grilled cheese with tomato soup, mostly on the nights she was too tired to make anything else. I think we can all relate to that. That’s one of the best things about soup, it’s not difficult to make and is very easy to enjoy. Spoons has helped me to greater appreciate the classic grilled cheese and tomato soup combo, in that I have so many more options for the style of tomato soup! We have so many different kinds, aIl of them amazing, but for me nothing tops our Tomato White Cheddar soup paired with a grilled cheese!”

“When your Dad is a chef, you grow up avoiding a lot of processed foods. So, when your Dad owns a soup restaurant, you better believe there’s no canned soup in the house. I’ve been spoiled by Spoons soups at my fingertips for the last 18 years and it wasn’t until I was thousands of miles away at the beginning of Covid that I found myself craving tomato soup and grilled cheese. With everything closed I figured ‘Fine, canned it is.’
I made the soup, toasted up a grilled cheese, sat down to eat, dipped the grilled cheese and… salt. I tried a spoonful just to make sure I wasn’t crazy; instant regret. Eventually I pulled the can out of the sink and read the part in red above the white box with the rest of the instructions that doesn’t just say ‘Stovetop: heat, stirring occasionally’. But even after I added the can of water, it was no comparison. I’m happy to be back in Fort Collins where I can leave the soup to the professionals.”

Owner Tom Stoner’s love for simple but elegant soups comes from his family.

“I grew up in Lancaster County, Pennsylvania- known for its beautiful farms and home to the Amish folk. My Grandfather, Eli Hostetter, operated a large banquet hall and catering business with my mother, aunts, and uncles. “The Gathering Place” was famous for Eli’s fried chicken. The chicken was made by poaching fresh whole chickens until almost done, removing the bone, and coating with fresh breadcrumbs. When it was time for service, they were finished in the fryer and served hot and crispy. The cooking broth from these chickens became the basis for the Chicken Corn Soup. I spent many hours sitting around the large table in the kitchen with my family and picked the remaining meat off the bones, a vital ingredient for the soup. My Uncle Paul had a large garden where he grew the best corn ever. At harvest time, the family came together to husk the corn and then cut it off the cob to be frozen for later. Now to finish the soup… the chicken broth was brought to a gentle simmer to cook the celery we’d get from Hodecker’s Celery Farm. Add in Uncle Paul’s corn, the tender bits of chicken, a pinch of saffron (the special ingredient) and voila! We finished it off by adding diced hard boiled eggs and fresh chopped parsley from Root’s Farmers Market. A simple but elegant soup that brings back many wonderful memories. Much of my passion for cooking was born sitting around that large table in the kitchen, surrounded by family and good food.”

Store Leader Haley Bushee reminds us of the heart and soul that is chicken noodle soup.

“My two sisters and I grew up alone with my mom, and we have always been very close. Life has certainly never been shy to find new ways to challenge us, but we’ve always found our strength and comfort in the hardest of times knowing we have one another. Many of the most precious moments I have from my childhood and adolescence happened during holiday meals or quiet birthday dinners where it was just the four of us together. One of our traditions now that we’re grown and have started living more individually is sharing those family favorite meals whenever we’re together. Sometimes that’s my mom’s ribs, her bread pudding, or my sister’s favorite- tater tot casserole. For me, that means requesting the chicken noodle soup. It’s just one of those soul foods that no one really grows out of. It’s a meal that means so much more than just it’s combination of ingredients. It is warmth, comfort and love pulled out of thin air and stirred into a pot. One of the things I love most about Spoons is being able to taste that same love and warmth in the soup at work that I did as a kid.”

Every morning, Chef Dave arrives at Spoons’ kitchen hours before dawn to begin his daily soup creation starting with just an empty metal pot. Dave loves soup, in fact, some might say he is crazy about soup- including himself! “I have a thing for soup. I make soup all week. I’ll make 250 gallons of soup every day, and come Saturday, I am shopping at Whole Foods and the farmers market buying ingredients to make soup at home.”

Chef Dave is the man behind the soup you enjoy at Spoons, and to him, soup is an opportunity to create something that matters for the people of Fort Collins. Creativity fuels Dave’s passion for soup and is what gets him out of bed each morning. “Starting with an empty pot, turning it on, starting with some sautéed vegetables, building it up, adding ingredients. The colors, tasting it, smelling it, that is where it’s at.”

In 1980, Dave was 20 years old and had just moved to Durango, Colorado from his home state of Michigan to work in a kitchen resort. After working there for about two months, the resort hired a new chef– a 30-year old with a passion for making high-quality Americana food. That chef was Tom Stoner, who would later move to Fort Collins to establish Spoons in 2002.

Tom took Dave under his wing, teaching him his best culinary tricks and creative touch to delicious menu items. One day, while Tom and Dave were making a tomato soup, Dave watched as Tom cut fresh basil and poured the herbs into the soup. The taste of the soup before and after the herbs were added amazed Dave. He never knew how much of a difference fresh herbs made to the overall flavor of soup.

Even today, Chef Dave’s cooking reflects his early experiences from his partnership with Tom in 1980. Today, Chef Dave can be found in Spoons’ kitchen carefully chopping fresh parsley and adding it to his famous Mom’s Chicken Vegetable Soup. “I want to dig a spoonful and see that chopped parsley in there because that means somebody took the time and the effort to chop up a fresh herb and get it into the soup. It’s not dried, it’s not flakes, it’s the real, fresh stuff.”

Over the last 30 years, Tom and Dave have worked both together and apart, and today, they consider themselves not as owner and employee, but more like “two people who really dig food and just want the best.” Spoons’ culture centers on care– from the preparation and production to the final product you enjoy, every spoonful reflects the care for each consumer and the menu items you love most. 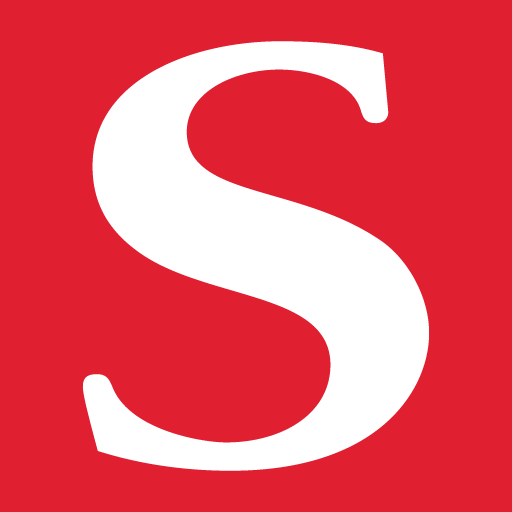 Skip to the good stuff

Skip to the good stuff.